I was up relatively late, around 9. I spent the morning playing with my pictures and writing a post for Metroblogger on the eating tour I took on Thursday. Then I was off to Penn Station to meet my mother.

She’s spending the week in L.A. with my grandmother. Puo-puo lives with my uncle and his family but they’re on the east coast for a few days visiting my aunt’s family in Boston and their daughter who’s going to med school out here. So she needs some company. My mother flew Jet Blue for the first time, which presently flies only out of JFK and LGA, not Newark, so she hopped on the NJ Transit to take the shuttle to the JFK.

It wasn’t that simple. I got to Penn Station early to scope out the bus stop. Couldn’t find it. At Grand Central it’s very obvious. There’s good signage and a ticket window and usually buses already there waiting. At Penn Station I couldn’t find shit. I asked some cops but they were no help.

“You gotta go out to Long Island,” one told me.

Luckily the guy at the info desk in the station was able to tell me where it was.

So my mother and I schlepped out there, found the sign, but no bus or ticket window. I asked the news stand guy if he knew where I could buy a ticket, and he said I could buy it on the bus, which turned out not to be true. People, if you don’t know the answer, just say so. Please don’t make one up.

Anyway, it turns out you have to take a shuttle from Penn Station to Grand Central to take the real bus to the airport. At least the shuttle’s free, and the driver was very nice. He was the one who came up to us and asked if we were trying to get to the airport. He could have easily ignored us.

Timing was on my side all day. Coming down, the 6 train arrived just as I got to the station, then the E at 51st Street. Now, as we deboarded the shuttle at Grand Central, the bus to JFK was just about to leave. We got my mom’s ticket and she was off.

Even she said all of that was too much trouble to save a few dollars on Jet Blue. Next time she’s flying out of Newark. But after she enjoys the personal satellite TVs and extra wide seats, she might change her mind.

Being back at Grand Central was actually perfect for me because I needed to be on the east side for the rest of my errands. First, down to Union Square to get some Amino Acid Shampoo at Kiehl’s. Of course I could have gotten that at a more conveniently located establishment like Barney’s or Sak’s, but I like venturing to different parts of town, and plus I wanted tempura udon for lunch at M2M and a sesame milk tea from Saint’s Alp.

On the way, in case I forgot: 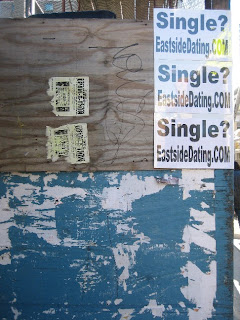 My usual shampoo of choice is the Tea Tree Oil one for oily scalp and dry hair, but I’m finding for the winter it’s too drying. The Amino Acid one is gentler and more moisturizing. As always, the Kiehl’s “doctor” offered up some free samples, of which I chose the Over-Night Biological Peel. He asked me if I knew about that whole line. I didn’t so he threw other samples of the line-reducing concentrate, the micro-dermabrasian stuff, and the post-micro-dermabrasian salve. Yay, free stuff!

My haircut appointment was at 3 so I had just enough time to train back up to lower midtown east. Again, time was on my side (okay, let’s sing it together, I know it’s going through all of your heads: Tiiiiime is on my side, yes it is): just as I walked into the salon, Mario was saying goodbye to his last client.

Mario has been my haircutter for years. He’s the only one who understands my hair. When I first came back to New York, I went through about five different hair salons and five different but equally bad haircuts. I think people see Asian hair and think it can be cut any which way. But my hair isn’t smooth and silky. It’s coarse and slightly wavy, and if it’s cut incorrectly will stick up all over the place. Mario is the only one who gets this.

After my cut I headed down to Koreatown for my favorite cha-jang myun. I think they’re beginning to recognize me at the restaurant. I put in my order then stepped out to check out a beauty product store. Looks like Shiseido has a new whitening line, White Lucent. Ahhh, too many choices!

That time thing again. The moment I returned to the restaraunt, my order arrived. Weird.

While in K-town, I also stopped in something called Pinkberry, which I guess is already popular in L.A. I asked the guy about it, and he was nice enough to give me free samples (yay, free again!), plain and green tea.

They’re more like sorbet than frozen yogurt, and were slightly tangy. I could barely taste the difference between the two flavors though they were pretty good.

Then it was homeward bound. I thought about going to the book fair, but since I’ll be there all afternoon today, decided it would be overkill.

This entry was posted on Sunday, December 3rd, 2006 at 9:09 am and is filed under family, food, weekends. You can follow any comments to this entry through the RSS 2.0 feed. Both comments and pings are currently closed.