Palisades Interstate Park: A nice day for a hike

For last summer’s hike, I wasn’t prepared. This time I was although I felt dorky wearing my big hiking boots with shorts. Then again, that seems like a typical hiker’s outfit. Plus it wasn’t a zillion degrees out. It was barely 80, not humid, and breezy. A perfect day for a hike.

While it’s always lovely to go up to Hudson Valley, the schlep is quite long. The Palisades Interstate Park, on the other hand, is just a 15-minute drive from Fort Lee, which is a 30-minute bus ride from Manhattan.

Before heading out, we had a light lunch at one of the picnic tables near this gorgeous view:

That’s the Hudson River, by the way. The park is on the state line (hence, the name) between New Jersey and New York so while you’re walking, you’ll cross between two states.

While one of us wanted to do the Giant Stairs (described as “challenging, with a difficult rock scramble”), we decided on a “moderate” hike instead, the Peanut Leap Cascade. It’s just 2.5 miles but much of it is rocky and steep. I don’t mind going uphill, but what I don’t like is downhill. I always feel like I’m going to slip and fall, even with my hiking boots.

Still, I wasn’t too worried about myself, but I was about a couple we ran into. The woman had a newborn strapped to her chest and seemed apprehensive. Her husband kept insisting she’d be fine. In the end they were — we’d run into them again later — but he still seemed like a clueless jerk.

Anyway, we passed some beautiful views, as well as a waterfall — 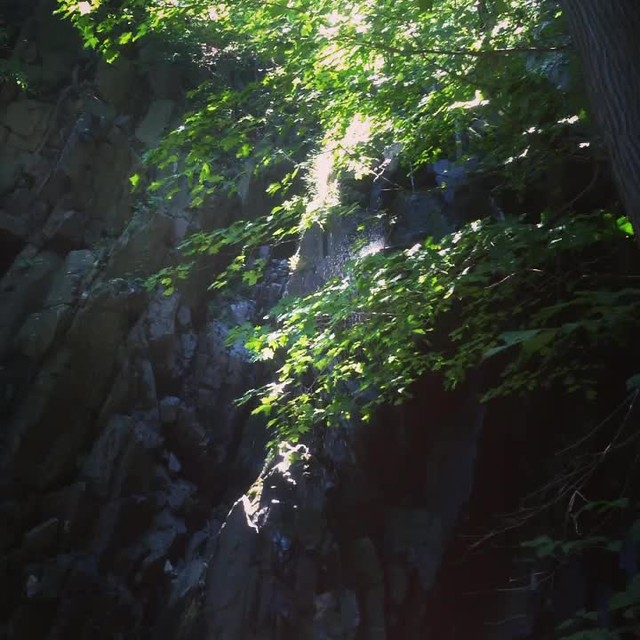 — where I got caught in a stream of light and water:

There was also a swing for two. I’m sure there are some embarrassing photos and possibly a video of my friend and I swinging together. The swing was right near the Hudson River: 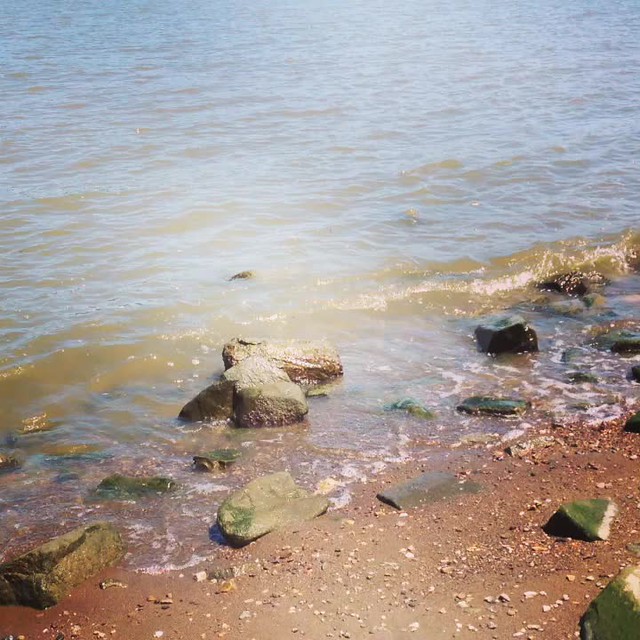 I could listen to the sound of water lapping all day.

After we finished that hike, it was still early so we decided on another, easier one, a two-mile trek to the Women’s Federation Monument.

That hike was definitely easier than the first one, but it wasn’t exactly easy. There was one steep part, which knocked us all on our asses by the time we were done. The castle-like Women’s Federation Monument, by the way, is dedicated to the women who were behind the conservation efforts in the area. Before then, according to the website, “several big quarries had begun blasting the Hudson’s famous Palisades Cliffs for gravel for roadbeds and for broken stone for concrete.”

After that hike we were all ready for an early dinner. We decided on Soba Noodle Azuma in Fort Lee. Despite the warm weather, I was craving something hot. I got the nabeyaki udon:

Which was literally boiling when they set it in front of me. A delicious way to end a delightful day.

This entry was posted on Tuesday, July 11th, 2017 at 9:11 am and is filed under food, friends. You can follow any comments to this entry through the RSS 2.0 feed. Both comments and pings are currently closed.