How did a whole week pass since my last post?

Last weekend
I had a fun time with my brother. I took Friday off and met up with D. at his hotel. His room was nice! The regular rooms are supposed to be shoebox size, but he got an upgrade and it was totally decent, big enough for two people. It was also very clean – hard wood floors, white bedding, very white bathroom. Quite Japanese in a way. The downstairs was all hip.

We had lunch at Sarabeth’s before walking up to The Whitney, which I haven’t been to in a long time. The only special exhibit they had was on Calder, which was pretty cool but too crowded. MB was supposed to meet us, but he got a late start and didn’t show up till we were almost done. But of course my brother and I had totally rushed through so it was good to look at the exhibits again.

Afterwards we had an early dinner – Italian – then went back downtown to show D. our place and neighborhood. We also got some drinks. I didn’t get quite so plastered this time. Nursed one vodka tonic and was fine.

The next day D. and I had lunch near his hotel. We picked a random Japanese place – well, not that random, he Yelped it first – and it was really good! It seemed more authentic than other places, and had a lot of good noodle choices. I got a curry noodle bowl with duck. It was yummy! In fact, it makes me hungry right now. After lunch we walked around a little before D. had to run off to get ready for his friend’s wedding.

Sunday I mostly worked on the usability report that was due for Information Technologies. It wasn’t difficult, just tedious. I kept getting bored and wasting time. But I got it done.

This week
Very quiet at work, as it has been for a while, though that might not last long. Now that my boss is fully transitioning to his new position, a lot of the communication-related stuff he did will fall into my lap, which is good because it means I’ll be needed.

Info Tech class on Tuesday sucked. It was really boring, then stressed me out because it made me realize how much work needed to be done (or redone) on our website. In fact, I woke up an hour before my usual wake up time on Wednesday, thinking about it. But it was good because I got a shit ton done (at work, haha). Now I *think* we’re in good shape. Or at least there’s nothing else I can do as webmaster before my group turns in their stuff to me.

Last night I got my hair cut, yay! It was driving me crazy being all mullet-like (I exaggerate, but it felt like a mullet). I asked Yoli to make the back very short but leave the top longer. Now I love my hair! It’s rather like Twiggy’s. 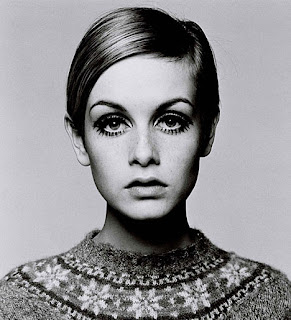 I think I can get rid of the old winter pair, which I’ve had for years. And hopefully these new ones will be comfortable and sturdy enough fro walking around the city, which MB and I do A LOT. I’ve been wearing my Keds, which are great, but I want more wintery ones. I tested the new boots out last night and they seem comfy. Time will tell.

Tonight I have my other class, which is relaxed if boring. And I’m glad it’s not raining! It rained all last week, which made traveling the city a pain.

This weekend I need to do my site visit for Info Tech. I picked the New Museum, which should have a lot of interesting technology. Although it’s not due till 12/2, I’ll be glad to get it out of the way before Thanksgiving weekend, which will be busy between going to the ‘rents’ and seeing friends (yay!).

This entry was posted on Thursday, November 20th, 2008 at 8:19 am and is filed under family, food, friends, holidays, weekends, work. You can follow any comments to this entry through the RSS 2.0 feed. Both comments and pings are currently closed.