There were lots of displays for Girls’ Day, which is on March 3, while we were in Tokyo. It’s a doll festival during which people display dolls dressed in old-style kimonos.  We saw this one in a department store in Ginza. 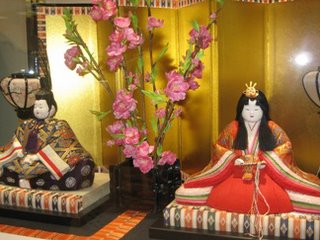 For some reason there were also a lot of rabbit themed items. I can’t find a satisfactory explanation, except that, like cats and fish, rabbits are considered lucky and children like rabbits.

There were also some nice candy displays. . . 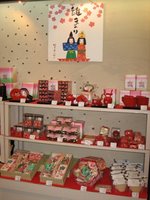 . . .as well as ones involving strawberries, which are at peak season at this time. 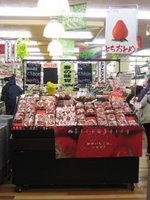 This entry was posted on Thursday, February 23rd, 2006 at 12:59 pm and is filed under tokyo, travel. You can follow any comments to this entry through the RSS 2.0 feed. Both comments and pings are currently closed.